Home > Child Care > How to Reduce Bullying at Preschool?

How to Reduce Bullying at Preschool?

Children differ in terms of physique, skills, family background, culture, and color. Often such disparities are a root cause of hurtful behavior among children. This results in acts like deliberate physical attack, making mean faces, name calling, alienating them from the friend circle etc. The preschool period is the preoperational period for the child’s cognitive development. Bullying at this stage makes the victims submissive and isolated. So, taking measures for preventing bullying at preschool is inevitable.

Preventing bullying at preschool can never be a single person’s task. The behavior of a child is largely shaped by the places and people amongst whom he spends time. The onus lies equally on school authorities as well as parents.

Bullying acts as a social silent threat which is not uncommon among children as well. The National Survey of Children’s Exposure to Violence states that 20.4% of children in 2-5 years age group faced physical bullying during their lifetime, while 14.6% had been teased verbally.

Here are ways in which parents and school authorities can collectively counter the problem of bullying in early childhood amongst children.

Ways to Prevent Bullying at Preschool

Social Integration Skills: Children should be taught impulse control and self-calming methods at an early age. Caregivers at preschool can start group activities to keep them engaged collectively. Some constructive examples include, building blocks together, reciting rhymes in a group or paper craft activities.

Improved Interpersonal Relations: Bullying often is a trait amongst children witnessing domestic violence or harsh disciplinarian actions from parents. Exposure to such behavior breeds aggression and angst among children. Parents should be more interactive with the children by narrating stories to them, having meals together or just getting the child involved in regular household chores. The positive environment at home will mold them with positive behavior and act as an effective preschool bullying prevention tool for parents.

Inform the Concerned Authorities: Most schools have their protocol against bullying. Any sort of bullying must be reported to the concerned legal authorities. The teacher can keep a close watch on the kids. Also, they are also able to read the minds of children better and can effectively exercise proper control by keeping a close watch on the child being bullied.

Mediating Technique: In the initial stages of bullying, the teacher can also mediate a meeting with both the parents of the victim and the child who is bullying and strike a middle ground of settlement.

Reducing the Exposure to Digital Media: Children have a tendency to mimic what they see. The television often contains content which might spark off aggression and conflict among children. Educational videos (alphabet and number videos, art, and craft and rhymes video) can be considered as good aids for a healthy childhood. Apart from that, focus on limiting the screen-time of kids is a great alternative.

Parents must ensure sending children to an environment which is constructive, both for their emotional and physical growth. Preschool bullying prevention activities have to be a joint effort of both, the parent and the caretaker’s end. 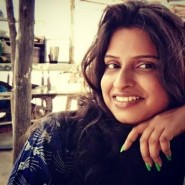 An author & blogger by profession and avid traveler by heart, Bhavana is working in the capacity of a Lead Content writer at StudMonk EdTech, to define content writing & marketing strategy and deliver error-free content.

How to Encourage Scientific Discovery Skills and Sensory Exploration in Child Care?

Tips to Choose Age-Appropriate Books for Kids in Child Care